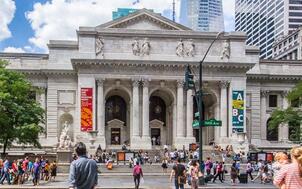 
We will gather on our first evening at the main branch of the New York Public Library, a building celebrated for its iconic Beaux-Arts marble façade and the pair of stone lions flanking its entrance. The library closes to the public at 6:00, and beginning at 6:15, conference attendees can enter to see a special exhibit of Melville editions and Melville-related manuscripts drawn from several of the library’s divisions. Our reception will begin at 7:00 and feature remarks by William P. Kelley, distinguished scholar of American literature and the Andrew W. Mellon Director of Research Libraries at the New York Public Library. The exhibit will remain open until the reception concludes at 9:00.
​
Monday-Wednesday, June 17-19
Display of Recent Melville-Related Books
Kimmel Center, Room 910
Books will be on display at the following times: Monday, 12:30-5:00pm; Tuesday, 10:30am-5:00pm; Wednesday, 10:30am-5:00pm 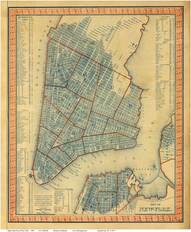 Scholars from Hofstra, Pace, and New York University will join Performant Software to demonstrate “Melville in Manhatthan,” the latest version of Itinerary, a tool developed at Hofstra’s Digital Research Center for mapping Melville’s geographical imagination. John Bryant (Hofstra) and Thomas Augst (NYU) will model biographical and spatial data to illuminate Melville’s life in a city undergoing extraordinary growth. Contrasting Melville with José Martí, the best known writer in the Hispanophone publishing community, Kelley Kreitz (Pace University) will discuss data about the Spanish-language press that thrived in lower Manhattan during the nineteenth century. Developers Jamie Folsom and Nick Laiacona will discuss digital tools for teaching, research, and publishing in literary and cultural history, as well as pedagogical applications for “Melville in Manhattan.” What does it mean to map authorship? How might digital humanities mapping methods and tools supplement author-based approaches to literary history with new approaches that might center on editorship, networks of production and circulation, communities, or other conceptual frameworks? How might we bring together diverse data-sets in order to identify previously understudied itineraries, voices, and collaborations within literary history? How can virtual spaces and place-based pedagogy help make local connections and movements of 19th-century authors newly visible to 21st-century readers and students?  ​
​

This screening will showcase two film projects inspired by Melville’s Moby-Dick. David Shaerf’s documentary Call Us Ishmael takes us on a journey to meet Moby-Dick enthusiasts as they reveal their personal fascination with Captain Ahab and the most famous whale of all time. The film shows us how the novel has not only affected their lives but also created a larger community of people brought together by the power of Melville’s masterpiece. Daniel Emond’s music video The Whale offers a preview of his concept album, musical and live-action film, Kill the Whale: A Musical Odyssey of Moby Dick. The video re-imagines Moby-Dick as a series of songs, using gender-bending motifs to place non-males in the roles of authority and casting peoples from opposite ends of the world as soul mates. ​Immediately after the screening, Emond will be performing songs from Kill the Whale at the nearby music venue, Rockwood Music Hall (for details, see "Additional Things to Do" below).
​ 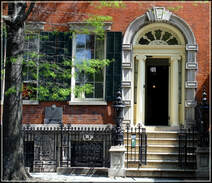 We will offer a lunchtime tour of the Merchant’s House Museum, one of the finest surviving examples of architecture from Melville’s Manhattan (as a boy, Melville lived in houses just a few blocks away on Bleecker Street and on Broadway, and as a newlywed, he purchased with his brother a house eight blocks north on Fourth Avenue). The Merchant's House was built in 1832 and purchased three years later by Seabury Tredwell, a prosperous hardware merchant. The Tredwell family lived there for almost 100 years, and the house became the only family home in New York City to survive intact from the nineteenth century with original furniture, decorative arts, and personal possessions. The house is a national historic landmark, and in New York City it has been awarded landmark status for both its 1832 late-Federal brick exterior and its Greek revival interior rooms. ​
​

We invite new members, junior faculty, post-docs, graduate students, early-career independent scholars, and those in alt-ac careers to learn more about opportunities within the Melville Society. Join us for refreshments and meet other conference participants. Talk with members of the Melville Society Executive Committee and the Melville Society Cultural Project, as well as some of the editors at Leviathan, Melville Electronic Library (MEL), and Melville’s Marginalia Online (MMO).
​ 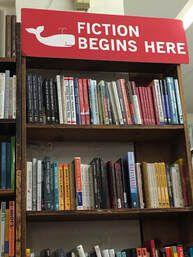 Founded in 1927 on what was then known as "Book Row," Strand Books is one of the nation's most celebrated independent bookstores. In addition to carrying 2.5 million new, used, and rare books, the Strand pays special tribute to Melville by featuring the iconic sperm whale of Moby-Dick on the signage for its fiction section. Join us after dinner in the Rare Books Room for coffee and dessert. We will hear a selection from John Bryant's forthcoming biography, Herman Melville: A Half Known Life, as well as poems from After Moby-Dick, a new anthology of Melville-inspired poetry edited by Elizabeth Schultz and Kylan Rice. Editor Robert K. Elder will preview a beautiful new edition of Moby-Dick containing 300-plus illustrations based on a 1950 series of paintings and drawings by muralist Gilbert Wilson.
​

After the panels conclude, head to the southern tip of Manhattan, where Melville was born and where Ishmael stood fixed in his ocean reveries. We have organized four afternoon activities, each of which will run twice, from 2:00 to 3:30 and then again from 4:00 to 5:30. There is no charge, but we ask that you sign up when you register for the conference. 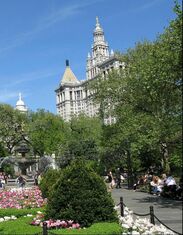 1. Walking Tour of Melville’s Manhattan
This tour will guide walkers to places significant to Melville and his writing. Highlights may include the site of Melville's birth; the site on Fulton Street where Moby-Dick was typeset; 55 Wall Street, where Melville worked as a customs inspector; and various spots that inspired his fictional landscapes, such as Coenties Slip, Trinity Church, St. Paul's Chapel (which stood opposite Barnum's American Museum), and City Hall Park. 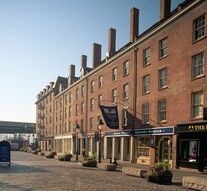 2. Tour of Schermerhorn Row and the Fulton Ferry Hotel
This tour will take you to the strip of brick warehouses on Fulton Street built by Peter Schermerhorn in 1811-1812. Of special interest will be the Fulton Ferry Hotel, which closed its doors in the 1930s but has since remained largely untouched inside. The abandoned hotel is an archaeological site of sorts, offering a unique glimpse of 19th- and early-20th-century life at the seaport. 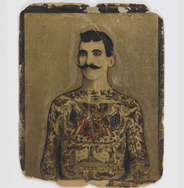 4. Historic Tattoo Presentation, South Street Seaport Museum
This presentation will focus on the history of tattooing and the maritime origins of modern tattoo art. It will highlight the museum’s Alan Govenar and Kaleta Doolin Tattoo Collection, which includes rare photographs, sketches, and tattoo instruments of sea-merchant-turned-tattooist Gus Wagner.
​
​ 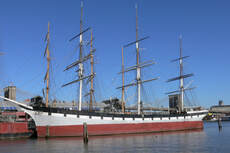 We will celebrate the conclusion of the conference with a reception on the deck of the Wavertree, a historic cargo ship docked at Pier 16 at the South Street Seaport. Built in 1885 in South Hampton, England, the Wavertree circled the globe four times, carrying jute and other cargoes. She was one of the last large sailing ships built of wrought iron and was typical of the sailing cargo ships that would have called on New York during Melville’s days as customs inspector.
​ 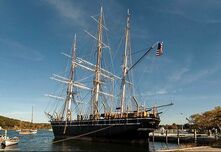 Friday, June 21, 7:30am-8:00pm
Optional Excursion to Mystic Seaport Museum in Mystic, CT
(additional cost of $75; please sign up when you register for the conference)

The largest maritime museum in the United States, Mystic Seaport Museum features a New England coastal village, a working shipyard, and formal exhibit halls. The Museum is home to more than 500 historic watercraft, including the world's only surviving wooden whaleship, the Charles W. Morgan, which was built seven miles away from and seven months after the Acushnet, the whaler on which Melville sailed from Fairhaven in 1841. Mystic Seaport Museum is dedicated to preserving the skills of the shipwrights, riggers, sailmakers, seafarers, and whalemen of the 19th century as well as the artifacts that survive from that period.

Additional Things to Do
​ 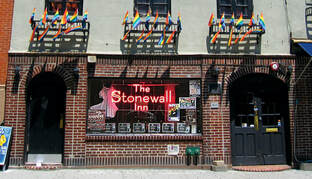 Stonewall 50 and NYC Pride
Throughout the month of June
In June, NYC Pride will commemorate the 50th anniversary of the Stonewall Uprising and a half-century of LGBTQ liberation. The Stonewall Inn, a bar just a short walk from Washington Square at 51-53 Christopher Street, was the scene of an uprising against police repression in June 1969. The event catalyzed the LGBTQ rights movement, and today the site has been designated a national historic landmark. The bar itself is still in operation and open to the public. To mark the Stonewall anniversary, Greenwich Village will host the WorldPride celebration, culminating in the Pride Parade on Sunday, June 30. You can find a schedule of free and ticketed events planned for the entire month here.
​ 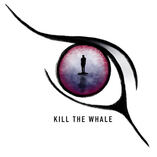 
​Immediately following his appearance at our film screening, Daniel Emond will perform selections from Kill the Whale at Rockwood Music Hall on the Lower East Side. Admission is free.